I have nothing positive to say about this, so I'll just copy today's email correspondence between myself and Tracie Couper who is the Features editor Spirit & Destiny and then go for a very long walk.

I run the Womagwriter blog (https://womagwriter.blogspot.com) which passes on information to those wishing to submit fiction to the various women’s magazines. Today I’ve been contacted by several people telling me that you now require all rights to the stories you buy – and that in some cases this is being imposed after acceptance. I’m sure that last bit can’t be correct, but would very much welcome a clarification about the rights you now require – and any other information you feel may be of use to writers who’d like to submit to your magazine.
Best wishes,
Patsy Collins

Dear Patsy
The current situation is that any article appearing in the magazine will require the writer/contributor to sign an agreement, giving us all rights to the article/story/feature. This is because Spirit & Destiny is now syndicated in other countries, including Australia and New Zealand.
Regards
Tracie Couper
Features editor Spirit & Destiny

Hi Tracie,
Thanks for your reply.
Can you explain why it’s ‘all rights’ and not ‘first rights with extensions’ as is the case with many other magazines in the same position?
Best wishes,
Patsy

Hi Patsy
This is the agreement that has been drawn up by our legal team and applies to all Bauer publications.

Email ThisBlogThis!Share to TwitterShare to FacebookShare to Pinterest
Labels: Copyright, Spirit and Destiny, Take A Break, Take a Break's Fiction Feast, Your Cat, Yours

Another magazine taking all rights!

I've heard from several sources that Spirit and Destiny magazine now require all rights to any stories they publish.

'irrevocably and unconditionally assign to us in perpetuity by way of present assignment of present and future copyright, the entire copyright and all other rights and title of any kind that you have in the Commissioned Works throughout the world (including any amendments and extensions to that copyright). You hereby irrevocably waive any and all moral rights you have in the Commissioned Works to the fullest extent possible throughout the world.'

I've also heard that authors have been asked to sign these new contracts AFTER stories have been accepted for publication! I'm contacting the magazine to ask for clarification and will let you know their response – if any.

I've had a reply from Tracie Couper at Spririt and Destiny.

'The current situation is that any article appearing in the magazine will require the writer/contributor to sign an agreement, giving us all rights to the article/story/feature. This is because Spirit & Destiny is now syndicated in other countries, including Australia and New Zealand.'

There's been another update – please see the more recent post.

Email ThisBlogThis!Share to TwitterShare to FacebookShare to Pinterest
Labels: Copyright, Spirit and Destiny 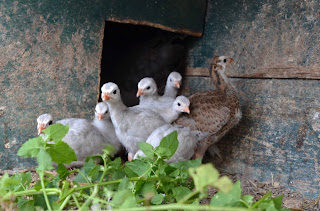 This month's discussion topic – Do you write your first drafts with a pen, on a computer, or in some other way?

Here's another random photo for use as a story prompt.


(If you have news or a question relating to a particular magazine, it's also fine to add it as a comment to the latest post for that magazine.)
Posted by Patsy at 05:00 7 comments:

Good start to the year 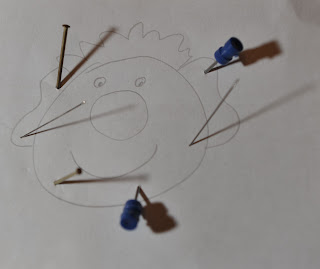 I have a story in the current (February) edition of Woman's Weekly. It was accepted over a year ago under the old terms. Voodoo Val is about a change of management upsetting all the workers, and someone deciding to release tension by sticking pins into an image of the new boss. There's a happy ending not because of any black magic, but because everyone stuck together.
In other news, I've had acceptances so far from three different womags. Two more editors are either holding onto stories for possible use, or have passed them on to the senior team for consideration.
Thanks to Sharon Boothroyd's guest post I've also had a story accepted by Love Sunday magazine (it comes with the Sunday People newspaper.) I gave it a try for research purposes and as a result will have a story in the 20th January issue. I'm hoping it might encourage more people to take a look at my books.
Guest posts, relevant to womag writing, are always welcome. If you'd like to share information or an experience, pass on tips or news, even just ask a question do get in touch. (Auto correct keeps trying to change womag to wombat – if you do happen to be a wombat who writes fiction, I'd be delighted to hear from you too!)
There's a People's Friend special, due out on 23rd January which will contain one of my stories. That's a 1,200 word one. It seems they still get a good supply of these and that longer stories may stand a better chance.
How are you getting on so far this year? Have you submitted anything, had replies, or are you expecting work to be published soon?
Posted by Patsy at 09:46 13 comments:

The other side of the desk 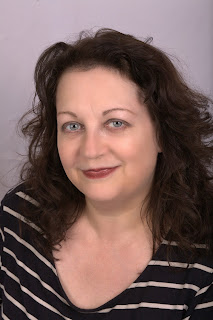 I'm sure many of you will remember Clare Cooper from her time on the fiction team of Woman's Weekly. Today she's sharing her experiences of life on the other side of the submissions desk.

Wanted: Writers to fill pages in magazines. Must have thick skins and be prepared to take criticism, rejection and incredibly long waiting times on the chin. Must learn to bite their tongues and not get stroppy, or they will be sent to the naughty desk. Must accept that not everything they write is going to see the light of day but must put their keen disappointment to one side, keep the faith and carry on regardless. Is there anybody out there mad enough to take on such a seemingly thankless job?

As I have mentioned before on here, the best part of my previous job as Deputy Fiction Editor on Woman’s Weekly was reading and selecting the short stories that appeared in the magazine each week and also in our monthly Fiction Special. The second-best bit was contacting the writers to let them know we wanted to buy their story. We always marvelled at how our brilliant band of writers continued to rise to the challenge and provide us with a never-ending supply of great fiction.

Fast-forward a year (and a bit more) since I left my job. Let’s face it, my previous role sounds quite cushy from where I’m sitting now, not doing a great deal and spending unhealthy amounts of time on social media. I have an idea for a novel but I’m stuck on it at the moment. I don’t feel motivated. How do people get inspired? Where do their ideas come from? Where do all those thousands of words come from? Do they feel like failures if they haven’t kept to their self-imposed deadlines, while others are getting on with it and producing their third novel in the same amount of time? It feels as though the world and his wife are writing books and social media is full of them promoting their work and plugging their friends’ work, to boot.

It’s all rather daunting and disheartening and, while I am struggling to get my novel idea off the starting block, I have been mulling over something I wrote on this website at the beginning of 2018, about getting writing fit for the coming year. Inspired by some kind comments, I thought I would try and see if anyone would like to publish it. I have never had to put myself “out there” and sell something to anybody, other than within my old company and to people I already knew, so it took a lot of nerve and effort to write the email and send my feature off into the ether – well, to Jonathan Telfer at Writing Magazine, anyway. To my relief, he liked it and it’s going into the February issue. Then, blow me if he didn’t get in touch to ask me to write about something else – for the same issue, as it turns out. Typical! You wait a year, and then two come along at once…

Yes, the view from the other side of the desk is more than a bit scary and it’s very early days, but I’d like to think there will be more literary gems dropping from my computer keyboard at some point. If not, and I’ve peaked too soon, at least I now have a much better understanding of what it’s like for everyone else – and I respect and salute you all! I feel I have an awful long way to go. Now, where did I put the application for that seemingly thankless job?

The February issue of Writing Magazine containing Clare's article is available from newsagents now. You might also like to visit her blog Hampton Caught.