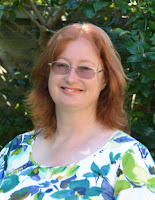 Sheila, I know that like many womag writers you recently attended one of the Woman’s Weekly writing workshops - which one was that?
I went to the “Plot and Storytelling” workshop in London on June 27th.

What did you hope to gain from attending the workshop?

I've occasionally sold short stories to womags, but I've never sold to WW and I've never sold womag fiction consistently. I hoped the workshop would bring me closer to achieving that.

Can you give us any pointers on plotlines which might be particularly suitable - or otherwise, for Woman’s Weekly? 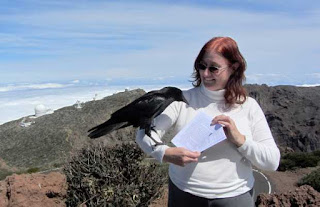 Stay clear of politics, religion and anything else obviously controversial. Also, you can have serious problems, but nothing unrelentingly bleak. People don't read womag fiction to finish up more depressed than they started.

I certainly hope you thought it was worthwhile, as it’s not exactly local for you, is it?

Definitely worthwhile! Although the cost would have been prohibitive if I'd travelled all the way from a small Canary Island just for the course. I love La Palma, but it's not easy to get to anywhere else. Actually, it was the last day of a holiday in the UK; I went to the course in London on Monday and flew out of Gatwick on Tuesday.

*pretends to look surprised and hopes blog readers won’t realise I’ve visited you over there* Gosh, that must be interesting. Does where you live influence what you write?

Oh yes! One of the womag stories I've sold (to “Yours”) was set on La Palma, and I'm writing a whodunnit set in the astronomical observatory at the top of the island. 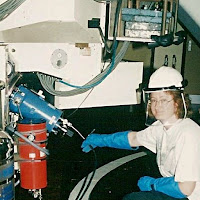 I didn't need to do much research because I worked there as a software engineer for 12 years and a tour guide for 8, and it's much too interesting a setting to waste. I've also self-published a non-fiction guide to the observatory(English version available here)aimed at normal people rather than astrophysicists, which is still doing rather well.

Sheila's also written two story collections - both of which I recommend.

The Seer's Stone (she says it's a children's book, but it's too much fun to keep it just for them) and The Dodo Dragon and other stories which is sc-fi  (have hankies ready for the first one). 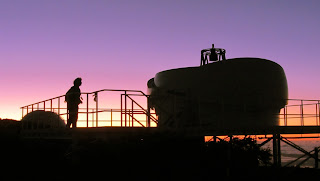 I usually ask interviewees about their writing fuel of choice. It’s trifle, right?


I nibble a lot when I'm writing. I get through far too many crisps and biscuits and my waistline looks that way. *Resists temptation to include that photo of Sheila eating trifle*

Anyway, back on topic - Would you recommend the workshops to other writers?

Definitely, unless they've already sold a bunch of stories to WW.
Posted by Patsy at 12:28 4 comments: Links to this post

I've had my first payment through the new system at Woman's Weekly. I didn't doubt it would arrive, but it's nice to have that conformation it all worked properly. Nice to have the dosh in the bank, too!

Also Claire from Desk-Net (not Claire from Woman's Weekly) replied to my last post on the subject, offering to answer any questions we might have. Just send them an email if there's anything you want to know.
Posted by Patsy at 18:28 2 comments: Links to this post

I have a story in the current My Weekly Summer Special, which is set in the very place Gary proposed to me five years ago. We got married exactly a year later, so I have plenty of reason to celebrate today.
Posted by Patsy at 10:19 8 comments: Links to this post 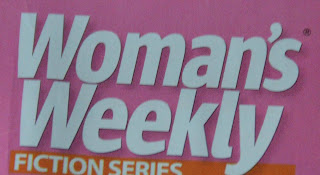 I've had a couple of pleas for help regarding the desknet system used by Woman's Weekly, so thought I'd post up what I know here in case others are struggling.

The first you'll hear is an invitation to register and the option to change the password you'll be sent (all communications are via email). This isn't likely to happen until after you've had your first acceptance with them. There's a link to a video you can watch to tell you what to do and an email address to ask for help if you get stuck.

You'll also be asked to print off, complete, scan and return a bank details form. I don't have a scanner so signed it electronically. You probably won't get any kind of acknowledgement back.

The emails suggest you should submit work through descent. Don't. Do it as you always have.

After a story is accepted, which happens by email from Clare, you'll get an email from desknet asking you to invoice your commissioning editor (that's Maureen). Just send it to her as an email. You'll also be asked to upload the story. There'll be a link on the email and you do it very much like attaching it to an email. Don't try to upload anything direct to Desknet without going through the links on the emails.

You'll then probably get about four emails asking you to submit! I just ignored them.

If in any doubt at all either email the desknet help people, or Maureen. After my go last week, I contacted her to check it had worked and she was able to check the system and confirm the story was uploaded OK. 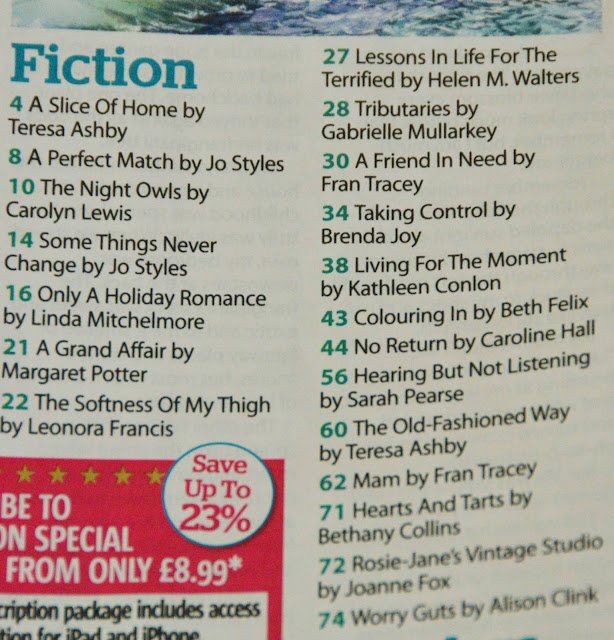