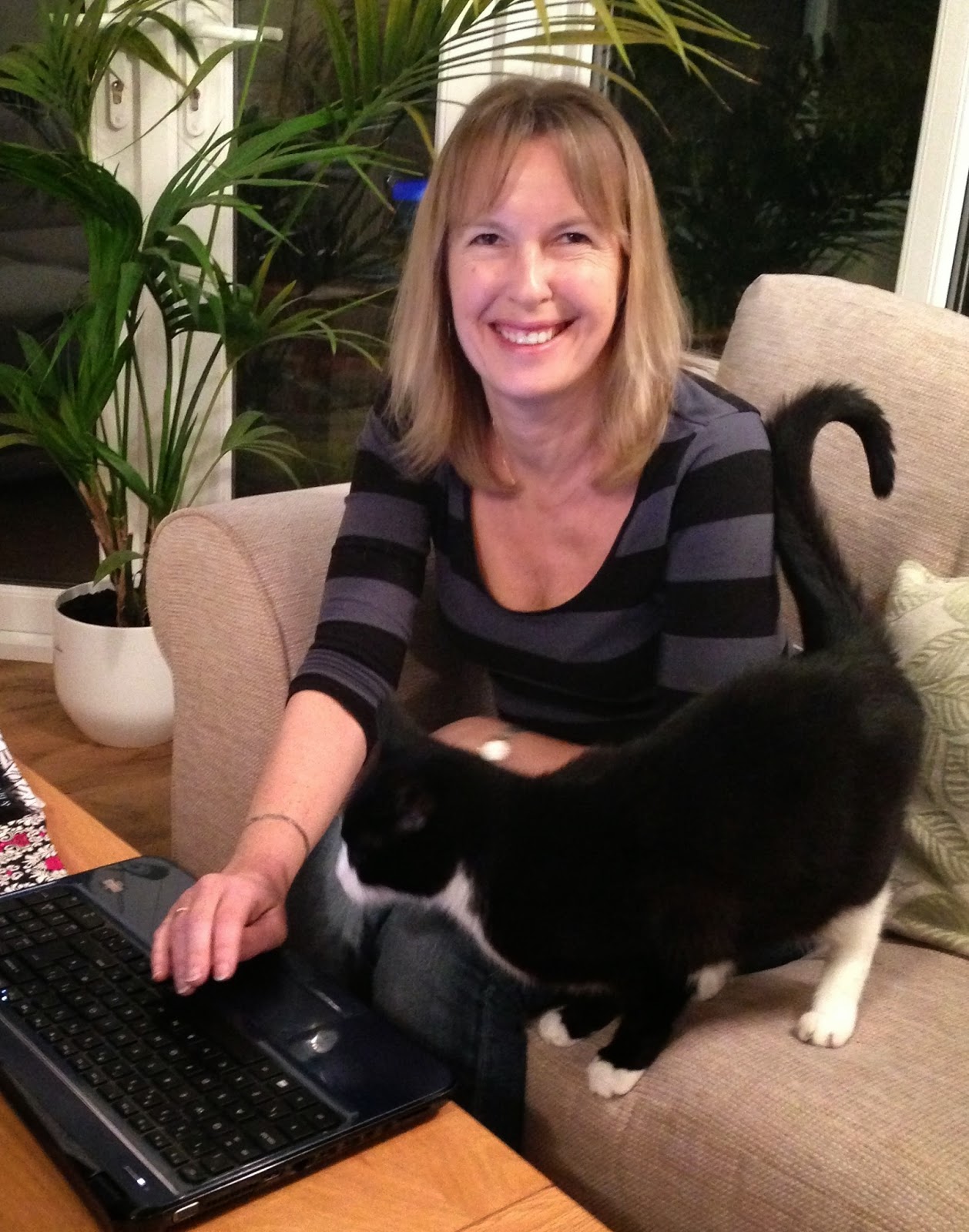 My guest today is Wendy Clarke.

1. I know you've only been writing for about three years, Wendy - so I don't suppose you've seen any changes in the womag market or noticed magazines being more open to genres they'd not previously have considered?

Over the last three years, I have seen a definite change in the types of stories The People’s Friend are happy to accept. As one of their regular writers, I know that as long as difficult subjects are handled sensitively, it is now possible to push the boundaries a little. For example, I have written about bereavement, disabilities, a child with Asperger’s syndrome, divorce and post natal depression. I was also told I was the first person to sell them a ghost story. It is definitely a mistake to think that their stories are about teashops and cupcakes!

2. In your article in Writing Magazine you mentioned your 'signature style' could you describe that?

My stories have been described as having emotional depth – I hope this is true.

Oh yes, the teacakes! I am very lucky to have a writing friend Tracy Fells living near me and once a month we sit in our local tearoom and put the writing world to rights. The support she has given me has been incredibly valuable... and it was over teacakes that I came up with the idea of putting together my first collection of stories, Room in Your Heart, last year.

4. You're very disciplined and write a new story every week. How do you manage that?

I’m lucky in that I have the time to do it. Since being made redundant four years ago (which is when I started writing) my only regular commitment is walking my step-dog... oh, and writing my novel!

4. Is it true that your husband reads all your stories?

Yes, poor thing. He has an engineer’s brain and is able to look for errors without getting caught up in the stories themselves. Having said that, he is very good at recognising if I’ve written a ‘so what’ story (as Gaynor from Woman’s Weekly likes to call them) – if I have, his face says it all. He is incredibly supportive, though, and immensely proud of my writing.

5. I've heard that some writers use real people and situations in stories, especially if something has annoyed them. Do you ever do that?

I very rarely, if ever, base my characters on real people. I do, however, use situations people have told me about in my stories... a lot. One of the stories in The Last Rose, called New Beginnings, came about after a good friend told me that she received texts from her baby grandson (written by her daughter of course). He would sometimes tell her he was having a bad day and I knew at once that it would make a poignant story.

6. You have two lovely collections of short stories available, Room in Your Heart and The LastRose - will there be more?

I have been asked for more, so I hope so... just not for a while!

7. I understand you're working on a novel now, does that mean you'll be giving up the short stories?

I know I should but I just can’t. I love writing short stories – the variety and the way they allow you to visit so many different centuries, characters, settings and situations. The only way I might give them up is if someone offered me a mega book deal... any offers?

8. What has been your happiest or proudest writing moment so far?

9. Can you pass on a tip for other womag writers?

I’ve said this before and I think it’s become my mantra - just start writing: write the story you would like to read yourself and write it from the heart. If you love it, it’s more likely that the editors will too.
Posted by Patsy at 05:00 13 comments:

Yours magazine is published fortnightly, with one short story per issue. Unusually they publish poetry. There are also non fiction opportunities. The magazine offers some advice on getting your work into print here. The fiction guidelines are here. Non fiction are here. 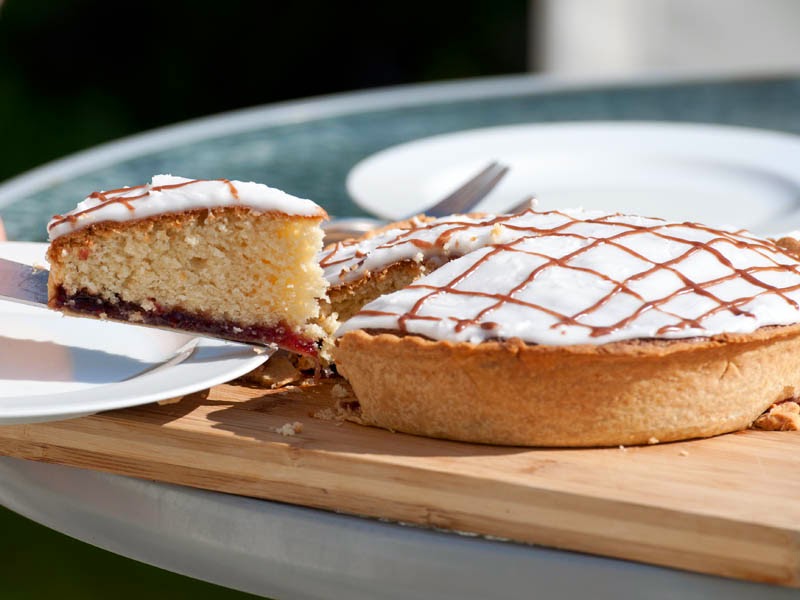 A few things to note - They ask for a short synopsis. You may submit by post (send an sae if you'd like your manuscript back) or email. And this, "All successful submissions are accepted on an All Rights basis that gives Bauer Media exclusive copyright." (applies to fiction only)

If you sell exclusive copyright the story is no longer yours. You can't offer it to anyone else. You can't publish it yourself anywhere, not even on your blog. You can't enter it into a competition. In the unlikely event it's made into a Hollywood blockbuster you'll get nothing.

It's your decision of course, but since I've been aware they take all rights, I've not subbed them anything.

btw, if you log onto their website you'll probably have the opportunity to take part in a survey and be entered into a draw to win a iPad.

Email ThisBlogThis!Share to TwitterShare to FacebookShare to Pinterest
Labels: Yours 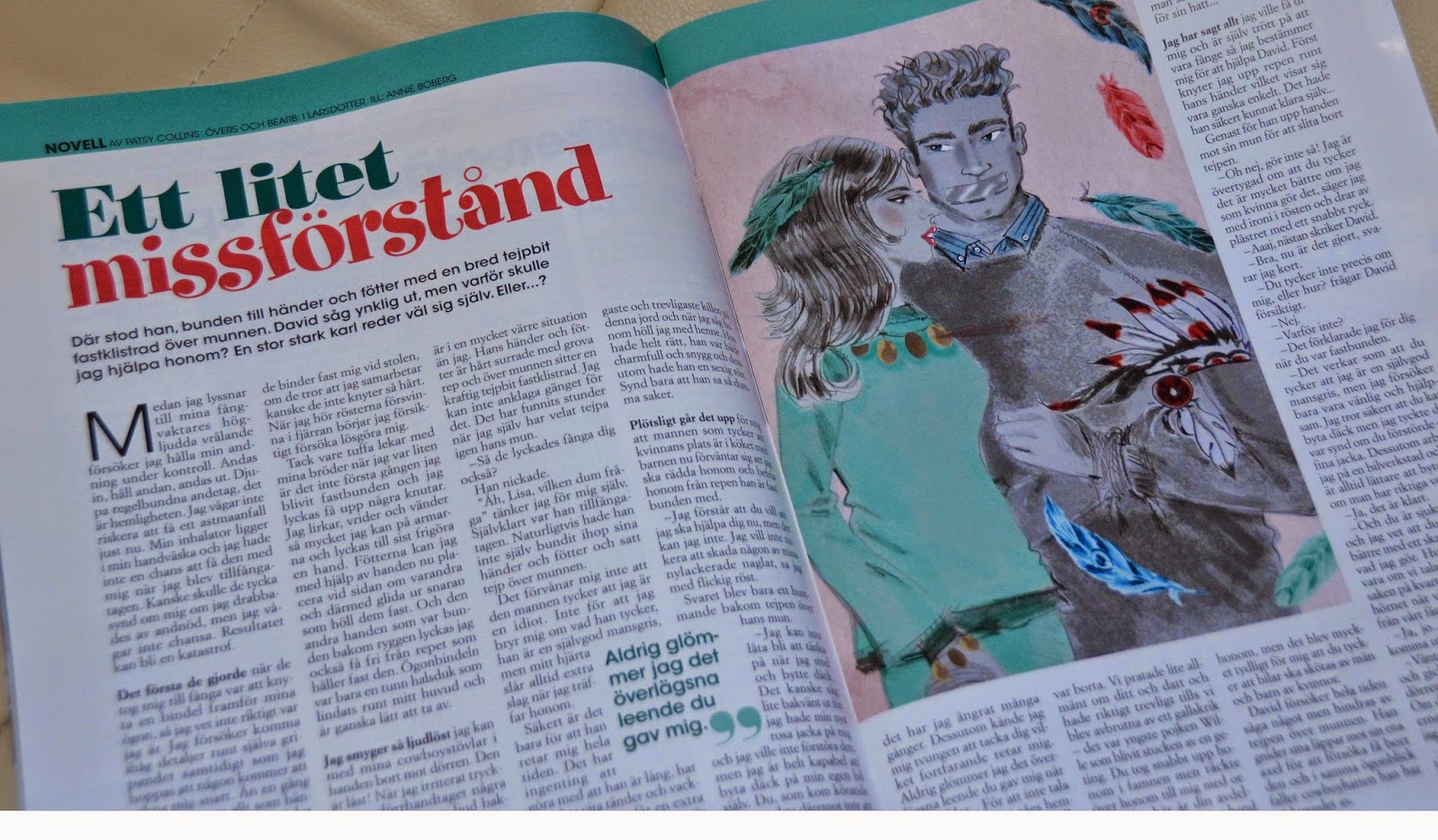 That's Allas the Swedish magazine, not alas I've just had another rejection (although obviously that applies pretty much all the time when you sub as often as I do)

I can't find any actual guidelines, but I've had success with stories of 1,500 words. These can be emailed to the fiction editor - lotta.gustavsson (at) allas.aller.se

Stories are published in Swedish, but you can submit in English if you prefer.
Posted by Patsy at 10:38 13 comments:

Email ThisBlogThis!Share to TwitterShare to FacebookShare to Pinterest
Labels: Allas

I'm not going to tell you anything about Woman's Weekly fiction guidelines - I'll let the fiction editor, Gaynor Davies do it.

I will just add, that the fiction special can be difficult to find in shops, so you might want to ask your newsagent to order it for you, or subscribe by post.

Studying the market is something writing tutors and editors urge us to do and it's good advice. With WWFS, you get around 20 stories -so reading just a few issues should give a good insight into the kind of stories they like (plus it's very entertaining reading and if you're registered as self employed and read the magazines for research, they're tax deductible)

Thanks everyone for the warm welcome in the comments to Kath's latest post. That's really appreciated. I agree with everyone who praised Kath's work in creating and building up this blog. It's been a useful resource for a great many writers. I hope to continue with that. 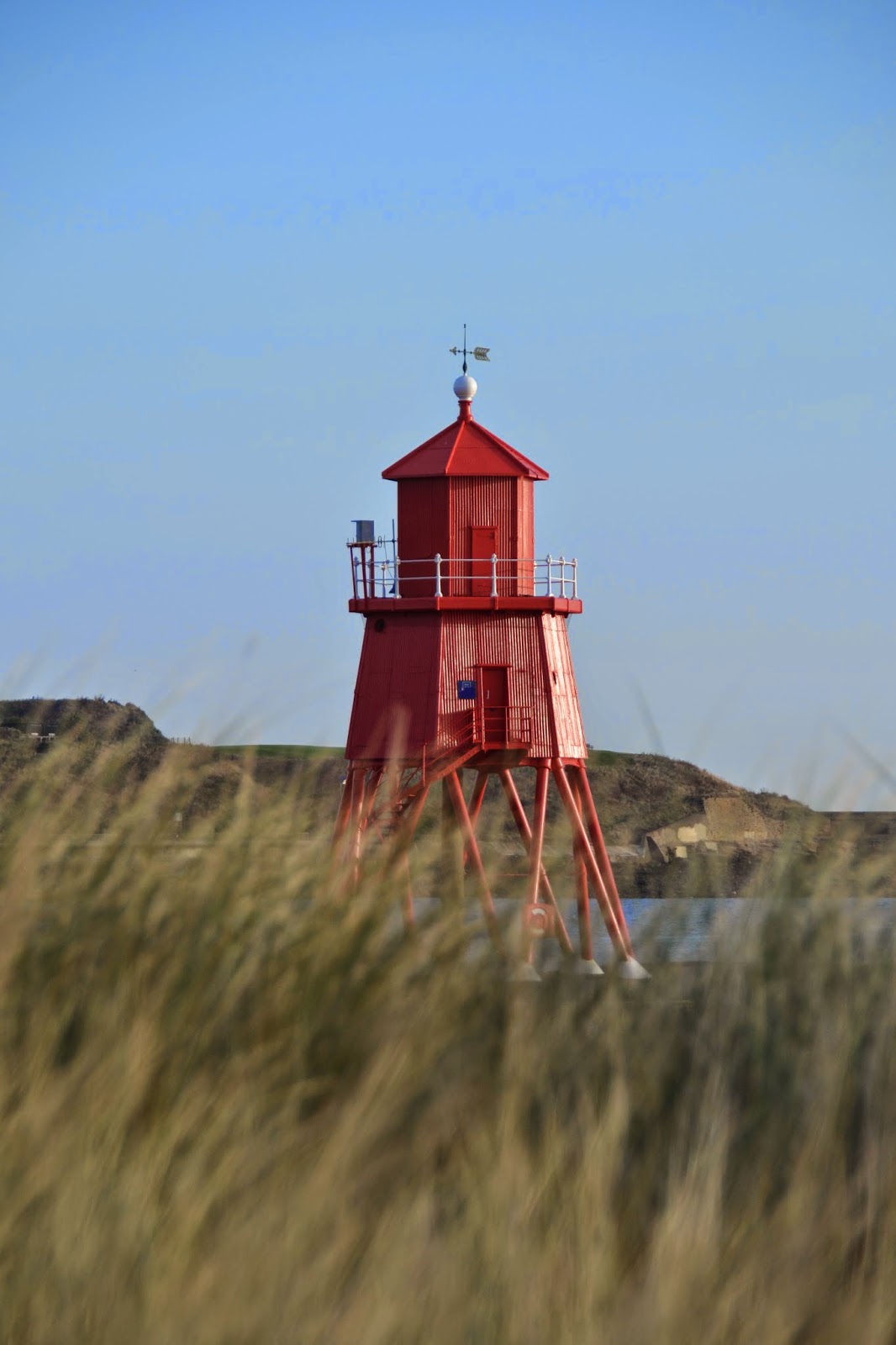 Taking over this blog feels like a landmark moment. (Maybe I should warn those of you who don't know me that I have a habit of inserting random phrases into my posts to provide tenuous links to whichever image I've chosen to illustrate it)

To answer the questions raised ...

Yes, the blog is staying here under the same name. Any  bookmarks you have set up should still work and if you've been following by email you should still get notification of new posts.

Yes, I'm going to continue with this blog which features a word of the week, news about my own writing and links to free to enter writing competitions.

Anyway, on with the womag stuff. Best magazine are accepting submissions again. Competition is tough as they only publish one story a week, but it's no fun if it's too easy, is it? No guidelines are produced. Stories should be around 700 words. Twist endings seem popular. Submissions may be emailed to Tracey.Baldwin (at) hearst.co.uk. You won't get an automatic response.

I think this day has been coming for a long time.

As most blog readers will be aware, I no longer write women's magazine fiction. Actually I stopped writing and submitting short stories over two years ago now, might be even longer. I began writing novels, and now I can't stop writing them!

I know many people manage to write occasional shorts in between writing novels, or whenever they feel like a change, but that hasn't worked for me. I have limited time to write so need to make the most of the time I have, and I enjoy novel writing more than short stories these days. Also as I have another two book deal from my publisher, I'm under an obligation to get more novels written in a pretty short time period!

This blog has suffered a bit since I stopped actively writing short stories. I don't buy as many women's mags as I used to, and although I've tried to keep in touch with what's going on in the world of womag (and thanks to all those who sent news and snippets for the blog) it's not been easy to keep it up to date and relevant. 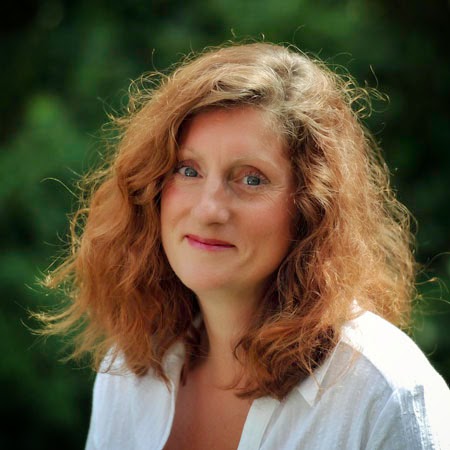 So, with a strange mixture of reluctance and relief, I am handing over this blog to Patsy Collins, a prolific and successful women's magazine writer who many of you will already know, from her own wonderful blog, which I've certainly linked to on many occasions. Please give a lovely warm womag welcome to Patsy, who I am confident will do a great job of keeping this blog lively, up to date and relevant!

It feels like the end of an era. For a while at least I'm going to remain an author of this blog and will contribute the occasional post, but mostly it'll be Patsy. I'm also going to amend my blogger name - I can't be womagwriter if I don't write womag or run this blog, now can I?

I'd like to thank EVERYONE who's visited this blog, commented or contacted me. It's been great, guys, and I've had such fun building this blog up. There was a time when it was mentioned in almost every issue of Writers' Forum magazine. And when magazine editors began commenting or sending me news to publicise on the blog it felt amazing to be considered an official resource. I never wanted the blog to close or fade away, so I am delighted that Patsy has offered to take in on.

Thanks so much, Patsy, and good luck!

To stay in touch with me and my writing career, please visit http://kathleenmcgurl.com/ where you can sign up to follow by email. I hope to see you all there!