Publishing with a partnership deal. 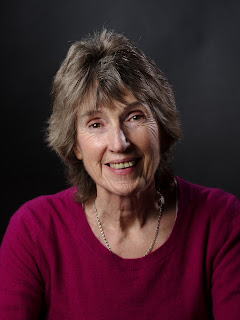 Today's guest is novelist Sarah Connell, who is sharing her recent publishing experience.

Your book 'Random Three' has been published by Book Guild, via a partnership scheme. Can you explain what that means?

You are offered a contract which involves the writer putting in a percentage of the cost of publication and all the necessary activities including marketing. In the contract I was given, this amounted to a 6th of the total. The actual amount can vary considerably depending on various factors, including the length of book and how much of a financial commitment the company is willing to make.

That sounds like it's a compromise between what's known as traditional publishing which starts with approaching agents to represent your book, and self publishing. What made you choose this option?

I was published for the first time when I was 70. I entered a Novel Competition with Cinnamon Press one year and was long listed which encouraged me to enter again. I was genuinely amazed when I won in 2017. I have always been a writer, but a secret and unconfident one. So that win, with the prize of publication, gave me the ambition to have other novels published, including ‘Random Three’ which was half finished at that stage.

I am not someone who would consider self publishing as I don’t have the skills and the commitment to see that whole process through. It can also be costly. I do have friends who are very successful at it.

The kind of social realism I write is not very fashionable and I would struggle to get an agent interested. I have tried a couple of times and perhaps I could improve my approach! But I took the chance of partnership publishing as a step forward after trying with half a dozen independent publishers (using the Mslexia Guide). I would like to get a traditional deal for my No 4 which I am editing at the moment and which is a longer novel (No 3 is in a drawer waiting revision).

Did Book Guild do everything you'd expect from a 'traditional' publisher – editing, cover design, marketing and distribution?

I found them very responsive and good to work with. They offer a marketing package, which you contribute to with local knowledge and suggestions. I had a useful meeting with them. They send out a press release to a long list of media outlets. This only resulted in a local radio interview, but I would not have had that otherwise. I had a detailed and useful copy edit as part of the process. This was mostly tiny punctuation and typo corrections, but also a sensitive suggestion about one minor detail, which showed the text had been read carefully. I was pleased to make that change.

Where you consulted over any editorial changes and the cover design?

Cinnamon Press were not willing to alter the design for ‘Whenever’ even though I disliked it and approached them about it several times. I didn’t like the first cover the Book Guild sent me for ‘Random Three’, but the designer responded immediately and worked with me to agree the final version.

For those who might be considering approaching Book Guild, how would they go about it, and what should they expect to happen?

All the details are here. You'll need to email the entire manuscript, a synopsis and biographical information about yourself. The Book Guild process is straightforward and they come back to you quickly. If they're unable to offer fully funded publication, they will ask if you will consider the partnership option, before sending out a proposal, which will give all the costing, and other, details. You then have three months to decide whether or not you wish to go ahead. 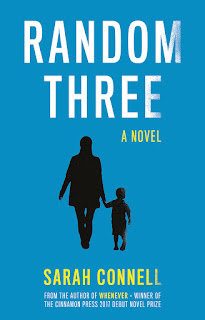 Can you tell us a bit about your book?

Mary is a teenage mother struggling to bring up her three year old son, Ryan, without support. Mary is uneducated and isolated, living on benefits on the sixth floor of a twelve storey block. She was brought up in care herself; now she dreads the possibility that she must let her energetic little boy go into care so that he can have a better life than she is able to give him. She is frightened by her readiness to hit him and is overwhelmed by feelings of desperate inadequacy. Social Services are already keeping an eye on her and have asked a volunteer to give her some support. The novel hinges on whether she will have to give him up to a life in care or whether she can hang on and succeed as a mother.

Two other women in the city with very different experiences of life become involved with Mary’s situation both directly and indirectly.

The setting is a small northern town, Warmfield. The novel is structured in three week blocks over the course of a year, each of three characters having her own chapter and day of the week. The themes are motherhood and the changing face of urban communities and places.

How can people get hold of a copy?

‘Random Three’ is available directly from the Book Guild, is on all the other online book sites and can be ordered from bookshops. It is on the shelf in Waterstones in Leeds. My first novel ‘Whenever’ is available to order on the same sites or direct from Cinnamon Press.

I see you've got some great reviews, so readers obviously like your book. Are you happy yourself with the finished product and how it's been received?

I was booked into a literary festival in the summer – of course, that was cancelled along with everything else. I am doing a couple of zoom book clubs, which provide feedback. So I hope there may be other opportunities in the future to meet readers. I am delighted to have a positive response from readers and of course, I would like to build on that.

Your book only came out this summer, so it's probably too early to give sales figures but, that aside, would you recommend Book Guild to other authors?

My experience has been a good one. However, personally I have no expectations about sales or covering my costs. I do think that the commercial grip on publishing is so tight that partnership publishing does open up opportunities for writers who would probably be ignored by the big names.

Where can people learn more about you and your writing?

Here are my Facebook, Amazon and Goodreads author pages.

Thankyou Sarah, that's interesting. I had heard of partnership publishing, but didn't really know what it was. Great to know that we can try this if we can't get a big publisher and don't want to self publish. S. Tory

Congrats on becoming a published author at 70, Sarah. I'm 64 and you give me hope. I never heard of this type of partnership. Glad it's working for you.

Interesting reading, thanks Patsy and Sarah and well done on your book.

Thank you for that comprehensive breakdown, Sarah and Patsy. That gives us another avenue if we have something near completion. Most routes seem to be blocked or have a number of hurdles so I suppose it is finding the optimum for what you are after. As an older writer with a career in something completely different behind me, it is good to know there is, at some level, a short cut to publishing.

Congratulations Sarah and thank you for introducing a form of publishing I had not heard about.
I am an avid (greedy) reader and writers are my heroes.

Thanks to everyone who has taken the time to leave a comment – as always that's greatly appreciated.

I agree with those of you who've said it's good we have alternatives to the 'traditional' publishing route.

I appreciate and enjoy this blog. There is always something interesting and uplifting in the information so generously given.

Thank you and p!ease keep on blogging.

Available to 'pre order' for 77p