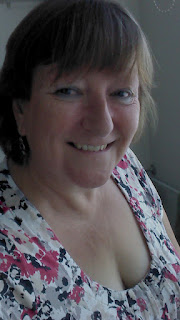 My guess today is Teresa Ashby.

1. When I first started writing short stories, two names appeared in every magazine I looked at - yours and Della Galton's. How long have you been writing womag stories and how did you get started?

I sold my first fiction story in 1984 to Secrets which was published by D C Thomson, but I started writing short stories a year or so before that. I had written a few (awful) novels by then. I used to invest in as many magazines as I could and after reading them, I’d count the words in each story. There weren’t a lot of guidelines back then, so you had to create your own. There were dozens of magazines which was good in a way as you had to learn to write in many different styles to suit each market.

2. Do you remember your first acceptance?


Yes, I do. It was called Happy to Oblige and the story was written about my two year old son trying to put my cat in the tumble dryer – he’d just come in out of the pouring rain. Thankfully I caught him. He was acting with the best of intentions and Leo came to no harm, but it sold my first story. The first thing I did when I got the letter was to phone my mum. Honestly, she was that chuffed, I still smile when I remember that phone call.

3. You've had soooo many since - do you still celebrate after a 'yes' and if so how?

I am always ecstatic when I have an acceptance. Mainly it’s a smile on my face and the push I need to get on and write more.

4. I know your family are important to you - do they still make it into your stories?

They sneak in sometimes without me even realising it. Same with the pets. Mainly I see my characters as people I’ve just met, but they often share some character traits with those I love – and a few people that I don’t (you’ll always need villains). 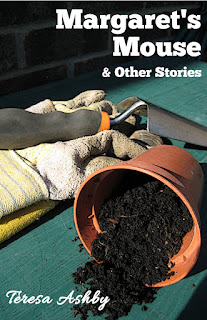 5. Do you have a strict writing routine, or is it impossible to fit one around the grandchildren and animals?

No I don’t have a routine at all. I write when and where I can.

6. The right writing snacks are very important - what's your fuel of choice?

At the moment it’s peanut butter on toast, but if anyone passing cares to throw me a tasty snack, I won’t say no.

7. You've published several collections of your short stories, could you tell us about the latest one?

Margaret’s Mouse &Other Stories is the latest. (US link) The stories were all published in The People’s Friend and there are twenty in all. It’s a mix of all sorts – but mainly about families with a bit of romance thrown in. (The collection is available at the special price of 99p/99c from today until Tuesday)

8. What has been your happiest or proudest writing moment so far? 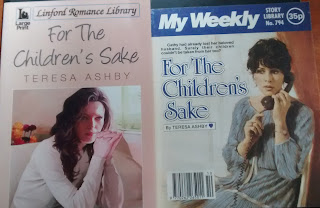 I think it must be when I sold my first serial in 1988 to My Weekly, “For The Children’sSake”. I bought my first computer, an Amstrad with what I earned from that. Then I was contacted by publishers in Norway and Italy who wanted to publish it too. It was also published as a pocket novel. Many years later I found out that I could also sell large print rights. That serial opened up a whole new world for me and I should say here that I am forever grateful to D C Thomson for the encouragement they gave me when I started out.

9. Can you pass on a tip for other womag writers?

Read the magazines – the whole magazine that is, even the adverts. Know who you’re writing for and respect them. I think respect for the reader is vital. During a stay in hospital in 1985, the nurses
were only allowed to spend a maximum of two minutes in the room with me and one lovely nurse in particular used to have to keep looking at her watch because we’d end up talking about magazines. She said she loved reading the confession ones during her break. From that moment on, I thought of her when I wrote confession stories and imagined her reading them. I hadn’t thought about it this deeply before, but I definitely have someone in mind as my reader when I write –almost as if I’m chatting to them and telling the story.
Posted by Patsy at 10:00

Lovely interview, Patsy and Teresa. I've just ordered the book of your "proudest writing moment", Teresa. With a maybe serial on my mind - albeit for MW's sister mag - reading "For the Children's Sake" will be a lovely way to research.
Oh, and I so agree about reading magazines to get to know and respect who you're writing for. xx

Super interview. It's such a shame so many magazines have disappeared. I used to love those confession ones too! Now it's mostly celebrity gossip about people I've never heard of. Always a joy to read your stories, Teresa. x

Thank you for having me here, Patsy xx

Thank you, Pat - I hope you enjoy it as much as I enjoyed writing it :-) xx

A very interesting post and good to see Teresa back on her blog.

Thank you Mandy and Maggie xx

Lovely to know a bit more about you, Teresa x

Lovely to read about you, Teresa. Wish I'd started writing when there were dozens of mags that took stories!

Great to put a face to a name of all those stories.

I suspect I've read a number of Teresa's stories without realising they were written by her. And I always enjoy them now. :-)xx

Thank you for sharing Teresa, really enjoyed getting to know a bit more about your writing journey. :-)

Yay for having my favourite short story writer on here Patsy, with you next fave of course:)) I remember Anabelle, was my target market back years ago, now it's P.F. Love all of your stories. I'm still reading the one with the blue legs on the front.

Thank you Carol, Maria and Susan - ooh, Susan you do make me blush! Annabelle was one of my favourite magazines and I have fond memories of them. I was so sad when they went. I hope you're going to do the serial writing competition in PF xx

When I had my first story published in a magazine three years ago, Teresa's story was also in there (I soon came to realise that this was not surprising as her stories are everywhere!) I had just started my blog and I remember been thrilled when Teresa became one of my first followers (as did you, Parsy) and always took the time to leave lovely, encouraging comments for which I am very grateful. As a new writer, to have someone support you in this way when you are finding your feet (both in writing and in social media) is a blessing. I'm still thrilled when I find we are both in the same publication!

What a lovely interview, Patsy and Teresa. When I first started studying women's mags with a view to writing stories, rather than just enjoying them, your name was always in every magazine, Teresa. We even called you the queen of short stories at our writing group! No wonder you've been so successful as your stories are so warm and enjoyable.

Thank you so much, Wendy and Rosemary - what lovely comments xx

Such a great interview, Patsy and Teresa. Thank you, both. It's always so interesting to read about writers whose names you see regularly in magazines.

Thank you, Jan, I loved being interviewed by Patsy :-) xx

Thanks for the interview Teresa and Patsy. I'm going to try peanut butter on toast - see if it works for me.

Thanks everyone for your positive comments and to Teresa for being such a great guest.

I love the idea of you chatting to the reader, Teresa, and that definitely comes across in your lovely stories :o)

Good. Thanks for sharing.

Thank you, Keith, Karen and Peace. And thank you Patsy for inviting me, it's been lovely :-) xx

Your advice to respect the reader is spot on, Teresa. And like Karen, I love the idea of actually telling the stories to readers as though they were there with you.
Thanks for the interview

Thanks everyone for your comments. I had a feeling Teresa would be a popular guest and you've proved me right.