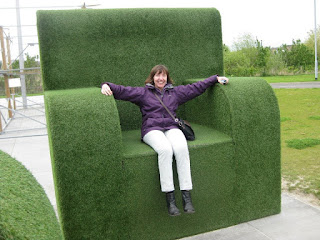 
1. When did you start writing, Glenda and how did you get into writing for womags?

I can’t remember a time when I haven’t written. Ever since I was a child I have been a voracious reader and have always strung words together to make up stories in my head. I’ve attended lots of different creative writing classes over the years and absolutely love writing. I recently attended a course called Wonderful Words which was run by Sunderland Women’s Centre and that really fired up my desire again to start writing fiction. The course was very nurturing and encouraging and the tutor was over the moon when I told her I’d had a short story accepted.

I started writing online back in 1995 with regular weekly updates of Coronation Street for fans all around the world. This has grown (more on that later in the interview!) and continues to provide a regular creative slot for my brain. I also blog regularly at Flaming Nora.

However, as much as I love watching Coronation Street and have been published because of it, my foray into writing for women’s magazines is very important to me. Having spent much of my writing life writing about a TV show – in effect, telling someone else’s story – it’s a huge, enjoyable challenge to now write my own stories. I wanted to see if I could tell my own story, make up something from scratch and succeed in getting it published.

The first thing I did was go to the library and I took out a book called How to Write and Sell Short Stories. The book was written by Della Galton, a name I would become familiar with when I ventured into the woman’s magazine short story world! I devoured every word of Della’s book and didn’t skip any of the exercises she recommended. When the book said “stop reading and do this exercise”, I did it. I researched the market, read lots of different woman’s magazines over a couple of months and only then did I even think about sitting down to write my story. In my market research I discovered this Womag Blog which has been enormously helpful. Without it, I would have been posting stories on spec in the wrong word length to the wrong people at the wrong magazines.

I’ve since bought Della Galton’s next book Moving On: From Short Story to Novel. However, I haven’t allowed myself to open it and start reading it yet. I don’t want to run before I can walk. I’ve promised myself I’ll start reading it the minute I have my second short story accepted - fingers crossed!

2. You've just had your first acceptance - what's that for?

It’s for The People’s Friend and the story will be published in the spring of 2016. I won’t be using a pen name because I’m very proud of my work and I want the world to see it’s me being published in such a well-loved magazine.

3. How did you feel when you got the news?

I was alone in the house when the email came through to say it had been accepted. I shouted, I screamed and I did a little dance. It’s fair to say I was over the moon! I still am!

4. Are you going to concentrate on writing for People's Friend now, or will you try other markets?

I’ve also submitted stories to Woman’s Weekly and Take a Break magazine but I’m still waiting to hear back from those. Again, on the advice of the Womag Blog, I knew not to submit to My Weekly magazine as they’re not taking stories from any new writers. I’ll continue to submit to People’s Friend and I hope to go on one of their writer workshops this year to help understand their requirements even more closely.

What I have found – and I’d love to know if other writers experience this too – is that writing for woman’s magazines fires me up to take on other projects and write for other markets too. For instance, a story I might write for a woman’s magazine can set off a creative process and give me ideas for another, much darker, story along the same theme. This has happened a few times and I’ve entered some of those darker, more literary stories into competitions. It’s almost like a Jekyll and Hyde way of story writing – and I like the way my brain works doing this.

5. Are you a disciplined writer producing a steady stream of stories, or do you wait until you're in the mood?

I have to wait until I’m in the mood but when I’m not writing I’m collecting – words, phrases, ideas, characters. They all sit in my head until there’s no more space and I have to put them down on paper. Sometimes when I’m in the mood for writing, but not for story telling, I make lists of the types of characters and stories I want to write when the mood strikes. This fires up creativity in itself, I find.

6. What are your biggest inspirations when it comes to writing? 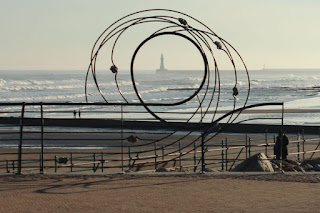 I live in Sunderland, a city on the coast so the sea is important to me. I’m lucky enough to live just a short walk from a beautiful beach and I use the beach, the shore, the sea, flotsam and jetsam, all that kind of thing, a lot. I also use the beach for walking on, usually daily, and for beachcombing too. With the sea crashing and the sand underfoot, the beach is my favourite place to walk and think and create new ideas.

Also, I have to admit I’m terrible for eavesdropping on conversations. I love real-life dialogue and have used snippets that I overhear in my work. Whether it’s in a coffee shop or on public transport, if I hear people in conversation (and I find two old men talking to each other the most interesting!) I will automatically tune in, listen and sometimes even make notes. 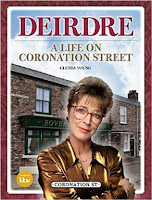 As much as I love watching Coronation Street and writing about it, my foray into writing for women’s magazines is very important to me. Having spent much of my writing life writing about a TV show – in effect, telling someone else’s story – it is an enjoyable challenge to now write my own stories.

8. The right writing snacks are very important - what's your fuel of choice?I try not to snack when I’m writing, I just crack on with the task in hand. I do however, love my cups of hot tea and can’t imagine writing, or life, without a good brew.

9. Do you have any advice for other writers who're still waiting for their first womag success?

What a fantastic interview and good advice too. Well done for your first acceptance. Now I'm off to look at your Corrie blog.

Congratulations, Glenda, on your first sale to People's Friend. Won't it be exciting when you open up that issue, and see yourself in there! I shall look out for your story too. Corrie has been a feature of my own life for a long time, and I look forward to having a good mooch around your blog later.

Thankyou both for your lovely comments!

Congratulations, Nora. Nothing beats that first story sale. We may very well be PF magazine sisters in the Spring.

Lovely interview. Congratulations on your first acceptance, many more to come, I'm sure.

That wasn't anonymous - it is Noreen

Thankyou all, your comments are very encouraging!

Oh Glenda I am an avid Corrie fan too. Have been watching it since it started!

Love what you said, Glenda. Corrie is superb - and so glad about your PF story. love Della x

Highly interesting and inspiring interview, and many congrats on your first acceptance, Glenda

Thankyou everyone! SO pleased I found this blog, it's a great resource for and community of writers.

Shouting, screaming and dancing sounds a perfectly reasonable reaction to such news!

An excellent interview and some sound advice.

Lovely interview, and congratulations on your first sale to The People's Friend - hopefully the first of many :o)

Despite living a long way away now, in Spain, I was born and brought up in Sunderland. I love Della books too and have also bought, but not read, the novel book! Well done!

Lovely interview - congratulations on your story sale, Glenda! Many years ago, a then editor of People's Friend told our writing group that we should study Coronation Street if trying to be published in PF as it had such good storytelling and themes (this was especially true years ago). You've been doing the right thing all these years!

Thanks everyone for your lovely comments, it's really heartening and encouraging. I do hope I get a second acceptance and a chance to open Della's book about writing a novel! It's really interesting about the connection between story telling and soaps... thanks for that.

Hi there, Glenda. You'll never forget your first published story. I know I haven't! Your track record is even more amazing. Best wishes for the future. I see it glittering before. And your advice is spot on.

A great interview, Glendale and Patsy, and congratulations on that first PF sale. I, too, recommend Della's book.

This is really good to hear - as usual, a useful and inspiring post on this blog. I am trying to get a novel published and am about to give up full-time work to spend more time writing. One of my ambitions is to write for women's magazine, and after several rejections it is great to red your encouraging news and your advice. I am going to buy Della's book right now!Good luck with future stories, and thank you.

Well done, Glenda - I remember the feeling of seeing my first magazine article published (although it was non-fiction)

Congratulations, Glenda. Sure there will be many more successes to follow. :)

What a fantastic, inspiring interview. Thank you Patsy and Glenda. And congratulations, Glenda, on two acceptances now from TPF. Look forward to reading them xx

And now,my first novel - Belle of the Back Streets - has been released with two more to come, all published by Headline 😁