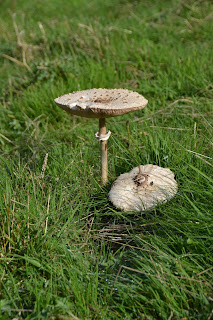 It's also your chance to share success (or otherwise) ask questions*, report any womag news, tips, advice you may have, or make womag related comments or observations. (If you have news or a question relating to a particular magazine, it's also fine to add it as a comment to the latest post for that magazine.)

How have you been getting on? Sent any stories in? Had any replies?

I would really like to know why Take a Break's Fiction Feast is so very, very slow to respond. Does anyone know? Have they got a massive backlog of stories, or what? I haven't had a reply from them since mid-2017, and I'm now not sure if it's even worth submitting at the moment. Susie.

I'm new to the world of women's magazines, and find this blog very helpful - thanks everybody.
I've submitted five stories recently: to Woman's Weekly, The Weekly News, The People's Friend, Yours and Allas (Sweden). The only magazine which acknowledged receipt of my work was Woman's Weekly. Is it usual for the others not to acknowledge receipt? It would be good to know. Thanks,
Claire

I'd like to know why no- one has heard from TABFf in a while.
Us womag writers have heard that Rosie left who deal with the admin.
Despite quite a few us sending query emails to Alice, the fition ed, there's been so response. The last response from TABFF, from what I can gather, was around a month ago.
It can create a sense of unease and insecurity when there's no reply.
If it's a simple thing, like Alice is off sick or away on holiday, fair enough, but it would be good to know!
Claire, it's usual not to receive acknowledgment of your story.

@ Susie – Other than there being a change of staff (I believe Rosie who dealt with admin has now moved on too) I'm not aware of another reason. I have had responses to submissions this year, but nothing since early February.

@ Claire - Unfortunately most magazines don't send acknowledgements. It would be really helpful if they did – even an automated response as That's Life in Australia do would be reassuring. The wekly News and Take a Break did that for a while, but it's stopped now. My Weekly acknowledge submissions (but are currently closed to new writers) so do YOU and In the Moment.

@ Sharon. I agree with you that it would be good to know if there's a simple reason for the apparent lack of responses. I'd be interested to hear the last date other writers heard from TAB - maybe it's only a few of us who've not heard for a while?

I had a story commissioned from TABFF at the end of Feb, around three weeks ago. Yes, it's always alarming when things go quiet - just hope all is well as they are my favourite market to write for.
On another note, have any of the previously 'regular'writers for The Weekly News sold anything since Jill left? Just wondering if it's worth submitting to this market or whether they now take all their material from a stock pile of stories from the People's Friend.

@ Linda - thanks for the TAB update.

I've sold stories subbed to TWN since the change, so they're definitely not taking everything from the PF stockpile.

Alice at TABFF commissioned a story of mine four weeks ago today, but I haven't had the usual purchase order and remittance advice - and no response to a query about it.
And I've had no rejections since early February, so it is all a bit worrying.

Sadly, I haven't had any success with TWN since Jill left, but I'm not giving up just yet, Linda.

Thanks for the info, Susan.