This month's discussion topic – When do you write seasonal stories? Have you submitted any Christmas ones yet? 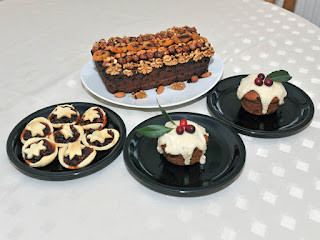 
(If you have news or a question relating to a particular magazine, it's also fine to add it as a comment to the latest post for that magazine.)
Posted by Patsy at 07:00


Hi Yes I've sent some Xmas ones out.

I've been thinking about the conversation that sometimes arises over whether or not there is a formula for writing women's magazine fiction. I think for an answer to that question, we need to look at other disciplines, such as architecture or engingeering. Here, we accept that there is a certain formula to, for example, building a bridge that will successfully bear weight, but that doesn't mean that every bridge looks the same. Similarly, with writing - we might accept and believe that a three-act structure is a basis for success, but then we also try to bring something individual or original to the writing of the project. Does this make sense? Best wishes to Patsy and the Womagwriter Blog community from Eirin Thompson

I've sent out one for Christmas and one for Valentine's day already. The People's Friend need their stories earlier than some magazines because of organising artwork.

On a different note does anyone know the ISSN for the The People's Friend annual? I believe it comes out in August. I have a story in it...

I tend to write more generally... but think I'm right in saying that some, especially Christmas, stories can be accepted throughout the year for later publication. If they're good enough, that is :-)

Perhaps, unless you have a truly knock-out idea for Christmas or Easter or whatever, you might re-set a similar action during another celebration - a birthday, say - which could happen at any time of the year.

I've only managed to send out two Christmas stories so far - need to get my festive writing head on! Nice prompt, Patsy. We all overindulge at Christmas so there's a story idea right there!

Last month I sent a 5th November story out. No Christmas ones yet though - probably too late now.

@ Sharon – Good luck with them.

@ Erin – I don't think there's a formula, but there are 'rules' which apply to this type of fiction which can be ignored elsewhere. For example the stories are usually straightforward and easy to read. Complicated stories which need puzzling over before they're understood and appreciated have their place, but that's not between the covers of a woman's magazine.

@ Alyson – good point that some magazines need stories earlier than others. Good luck with yours.

@ Penny – it depends on the magazine. Some will buy stories in advance, others only want to see Christmas stories when they're planning the Christmas issue.

@ Carrie – I've not sent many either. Maybe I need to eat some festive food to get into the right frame of mind?

@ Angie – You'd be in plenty of time for Easter though!

I've sent one early January one out. I find it quite difficult to think about Christmas at this time of year. I love the summer too much and am not a 'winter person.'

@Penny A - thank you! Will see if I can find a more recent one or check the number.
Alyson

Not written or sent any Christmas stories yet. Having a hard time writing any kind of stories at the moment! I have a question, though, hoping someone can answer it. Are the People's Friend now following the same procedure re rejections as the Weekly News and the My Weekly i.e., if you haven't had a response to a story in three months feel free to submit elsewhere? I thought I'd read on this blog that all the DC Thompson mags had adopted the policy, but now can't find anything that supports what I'm thinking! Good wishes Kate Hogan.

Hi
The PF do send out rejections but TWN and MW now don't. It's 'If you don't hear within 3 months, assume it's a no'.
I ask for an email response with PF in my covering letter. They usually arrive around 3- 4 months after I submitted.

@ New Girl – I don't want to be thinking about Christmas now either. I tend to write stories at the time they're set and then wait a bit before subbing.

@ Sharon – Thanks for answering. I prefer to get an actual response, but failing that a definite cut off point is far better than just being left to wonder.

Thanks, Sharon and Patsy. I must have imagined all DC Thompson magazines had adopted the 'assume it's a 'No' after three months. Many thanks. Kate Hogan

I'm just about to send my Christmas and New Year stories out. I think the mags need them around now to be ready in time.