This month's discussion topic – How long do you wait until deciding a story hasn't been successful, and do you 'chase up' a reply if you've not heard back? 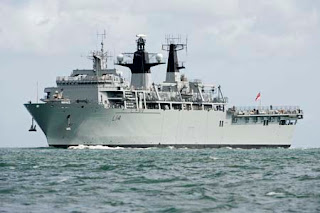 Please share success (or otherwise!) report any womag news, tips, advice you may have, make womag related comments or observations and ask questions – and answer them too if you can help. (If you have news or a question relating to a particular magazine, it's also fine to add it as a comment to the latest post for that magazine.)

My own 'news' is that I'm presenting a workshop on creating characters and bringing them to life through dialogue, on 7th September in Nottingham. It's £10 if booked in advance – not bad for four hours?
Posted by Patsy at 07:00

How long do I wait before chasing? Depends on the magazine. currently 4-5 months for TPF but don't really bother with anyone else.
I rarely completely give up on a story but keep them in a 'what to do with these' file which I go back to every now and again when I'm stuck for other ideas.

If the story is stuck at Fiction Feast I pretty much have to pretend it no longer exists.

I've only ever submitted to TPF and they always get back to me, usually quicker than I expect too. Otherwise I probably would chase up after about 5/6 months.

Still got quite a few with TAB Fiction Feast - some almost a year! I have chased them up but have been told they're still under consideration. Makes it easier where the My Weekly and The Weekly News have a three month turnaround - where if you haven't heard, it's a "NO', at least you can maybe rewrite and resubmit somewhere else. Alas, ALLAS, the Swedish magazine, just don't respond if they're not interested in a story, but I think I've heard in about three to six months if it's an acceptance. Good wishes Kate Hogan

I've done some chasing, like others, usually after about 6 months - with mixed results - sometimes no reply, sometimes acceptance, and sometimes rejection.

As most of us do, I re-write and re-submit any rejected work, which leads on to another point. I've usually re-submitted within the UK, so if my story is set in a specific UK location, I don't have to change that. However, if looking further afield (Ireland, Sweden, South Africa, USA etc)I have to change these locations. Sometimes this works, but at other times, it rules certain stories out, as they are inextricably bound up with their setting. I'd be interested to hear other writers' comments on changing the setting of a story, please.

I have loads of stories with Tab Fiction, quite a few sent in 2018! I have asked Alice about them, but have had no reply. Has anyone else got a contact for these queries, rather than Alice?

Hi New girl on the block. Re: Rewriting stories for submitting stories abroad. In some cases stories do fit anywhere in the world, however, some of the stories I've considered sending abroad I've looked up a little bit about that countries culture and whether the story would fit and I've been very surprised to discover that some stories just wouldn't fit at all. Try for example researching the plight of unmarried mothers in Sweden in the 1960/70s. A story on that theme that would fit here, probably wouldn't there. Similarly some stories that would fit here relating to education and university experiences wouldn't fit in other countries. I've been ready to submit abroad on a number of occasions and, after a little research, decided not to because cultural differences are so relevant. Saying all that I managed to sell a story twice n South Africa that didn't find a home here. The same applies to some of my Swedish and Australian sales. All good wishes. Kate Hogan.

Many thanks, Kate. I did actually send a story involving an unmarried mother off to Allas with no success - should have done my homework!

Although I started writing short stories about 15 years ago I saw it as a hobby and didn t attempt to submit anything until 2 years ago when I sent 3 to TPF and I received a reply in a couple of weeks. All 3 were regected but they did comment on one saying "they read my story with interest" I saw this as a positive and I think I will submit some more.

I wonder if I could take the Over to You opportunity to ask you and the community a bit about ALCS payments? I've had a look at the website, but am still a bit confused. Firstly, when a writer agrees a payment with a magazine for a short story, is it considered bad form to go back later and apply for an ALCS payment, which would rub editors up the wrong way, or is it regarded as a perfectly usual and reasonable thing to do? Secondly, the website doesn't seem to have a category for short stories - only articles; does a short story qualify as an article in this context? Thirdly, where does one find the ALCS code for a publication, in order to make an application for payment? Sorry if I am asking questions to which the answers are blindingly obvious to others, and thank you in anticipation of all help and guidance. Eirin Thompson

Yes, Eirin, we all do this except for stories in The Weekly News - they don't pay for newspapers. Short stories are classed as articles, and the code is on the front page of the magazine under a barcode starting with 9. It's definitely worth doing!

Thanks so much, AngieM. Best wishes from Eirin

@ Bubble – Oddly TPF are one I almost never chase as I know, even if it's a long wait, they'll reply eventually.

@ Anon 1 – Yeah. It's almost impossible to get an answer from them.

@ Kate – I agree. If the editor isn't able to reply about every submission, then an automatic cut off point is very helpful.

@ New Girl – I'm the same. If I've just mentioned a place, I can change it to somewhere in the 'new' country, but if the location is a part of the story then it might not work anywhere else.

@ Angie – sorry, no. Not sure it would help as she's the one who makes the decisions.

@ Kate – yes, cultural differences have to be taken into account. So do distances. What we'd consider a long way here, wouldn't be a big journey in Australia for example.

@ Alex – Do try again. It's getting harder to get accepted, as there are fewer markets and therefore more competition, but several magazines still welcome new writers. TPF is one of the.

@ Eirin – What Angie said. Plus it's not bad form or rubbing editors up the wrong way. Only authors can claim this, not anyone from the magazine, and editors won't lose out, or even know you've done it.