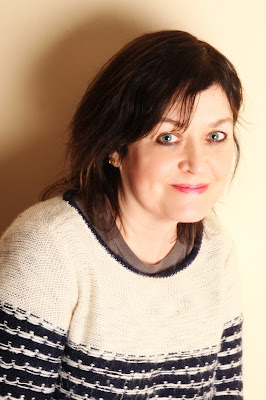 When Noreen Wainwright mentioned that she'd had a story accepted by The People's Friend after a zillion attempts, I invited her over to share that experience.

When you’re plodding away, desperately trying to get that elusive acceptance for one of your stories you may find that you have two voices in your head...then again, I hope I’m not the only one to experience this? One voice says - or shouts - that it is really time to give this up as a bad job and to express your creativity in an easier way, such as cobweb-knitting. The other voice, of course, tells you that you will get there in the end that it’s persistence that marks out the pro from the dilettante. I was glad that I listened to the second voice when I finally got an acceptance from Shirley Blair at People’s Friend. It was a great feeling – a true buzz.

I don’t know how many of you identify with this but I have found it much easier to be published and earn money in other areas of writing. Actually, I think it probably is easier to have non-fiction pieces accepted. What am I saying – it was even easier to get a publisher for my first crime novel than it was to wriggle my way in though the almost impenetrable fortress of People’s Friend. But, you know, we are writers; we are compelled to do it and there’s nothing like a challenge. I’m already thinking about  my next submission to People’s Friend and I’m also working on a humorous story because I keep reading how much editors love it when a story makes them smile. I hope that sparks off lots of ideas in you all, oh and listen to the second voice, the one that tells you the acceptance will eventually come.

You can get Noreen's latest book here.

What a terrifically encouraging post, Noreen, and full of natural humour. Look forward to reading loads of your stories in Peoples Friend, and off now to investigate your crime novel!

Congrats on your success with Peoples Friend - glad to know it's possible - I've all but given up with that one! Well done on the novel, too. Looks interesting!

Thanks very much to your both...and good luck with your own subs

I don't want to work out how many years I've been sending stories to P.F. The closest I got was when they emailed to say why they didn't want a story. I'll keep trying though.

Well done for breaking the door down at People's Friend...hope you can keep it open.

Great post. My very first short story submission was accepted by The People's Friend. Talk about starting on a high. It didn't last. Since then I've had no success with womags and little success anywhere else. I've all but given up on fiction, but your post has inspired me to try again. Thank you :)

It's great to see you published in PF, Noreen - well done for persevering! Sometimes our story works, other times it doesn't and often we don't know why! I loved your first book, by the way, and look forward to reading the new one.

I think the most important attribute for a writer is persistence. Well done on not giving up on PF. You'll find that Shirley Blair is really helpful in guiding you through their submission requirements.

Well done Noreen. So delighted for you. I was the same - I started submitting to PF in 2000 and got my first acceptance with them in 2013!! How many times did I nearly give up. So glad I didn't. Mind you I found a story I'd written in 2010 - I actually blushed to think I'd submitted it! Just shows how persistence - and practicing your craft - makes perfect. :-) xx

Just to mention, Noreen, have just begun reading `Death at Dawn` and am Gripped already! Great night-time novel thank you