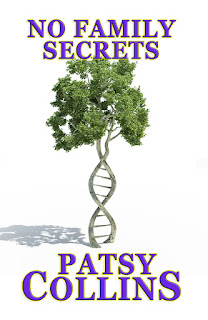 I've released another collection of my short stories. The theme of this one is 'family'. It contains 25 stories, some of which have been previously published in womags and a few new ones.

It's available to buy from Amazon as a paperback or ebook, or can be read for free with kindle unlimited. I'm hoping it will also be available soon in some libraries (my other books are, so I have good reason to be hopeful).

As always, any tweets, Facebook shares or mentions anywhere will be much appreciated.

Perhaps Aunty Louise hadn't wanted to be told the truth about why her bum looked big in that dress. If so, she asked the wrong person; Tracie's mum never lied. Louise did ask though, that's why she was told. That's why there are questions Tracie keeps to herself.

Sue's mother always tells the truth, but people don't always listen. Jemima tells lies. Well, it's either that or get a job and pay her way and she's not really suited to that sort of thing. She's much better at manipulation, although perhaps not good enough.

Angela hasn't been strictly honest about the painting and Mary's mother-in-law has withheld important information. That causes upset in both their families, until the loving, honest support of their daughters-in-law put everything right.

Can lies ever be a good thing? Perhaps if they're told to preserve family traditions, or to allow a sick child to benefit from the help of a superhero, they're forgivable. The made up stories Jane tells little Charlie certainly have a positive affect and not only on her son.


Families, whether we're born or married into them, or choose them for ourselves all have stories to tell. This collection contains 25 of them.
Posted by Patsy at 05:30

Email ThisBlogThis!Share to TwitterShare to FacebookShare to Pinterest
Labels: Books, No Family Secrets

Sounds wonderful, I've just bought it and it's waiting for me on my kindle. I will read and review. I have been meaning to find out if it is permitted to re-publish our stories. I have only had one published (in TAB Fiction Feast) but am in the process of putting my own short story collection together (hoping to self publish in a few months time)

Thanks, Samantha! I hope you enjoy it.

You need to check your contracts, but with most magazines it is OK to self publish stories later on. In some cases you have to wait a year or 18 months after pubkication in the magazine.

Sounds great. Will get onto Amazon.

I used to write quite a bit for Woman's Weekly, but I've lost my way a bit.

Just downloaded from Amazon. Looking forward to reading the collection.

Blog gave us useful information to work. You have done an amazing job.