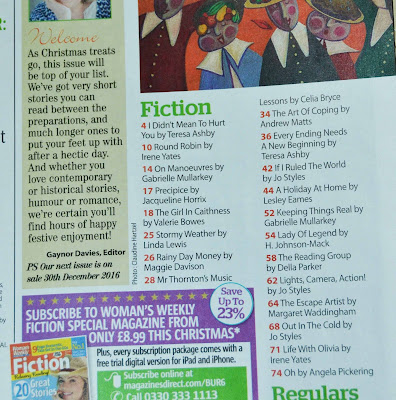 Both of the current issues of Woman's Weekly Fiction Special and Take A Break's Fiction Feast refer to Christmas on the cover, have excellent Christmas stories and cheery Christmas messages from the editors. 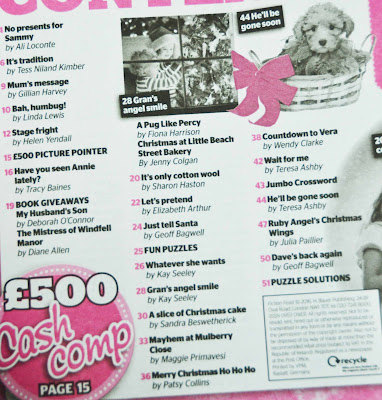 TABFF is quite sensibly called the 'Christmas 2016' issue. WWFS is rather oddly called 'January 2017'. Am I the only person who thinks that doesn't make a great deal of sense?

Personally I find it confusing enough to submit stories months ahead of when they're set without publishers moving Christmas into January. 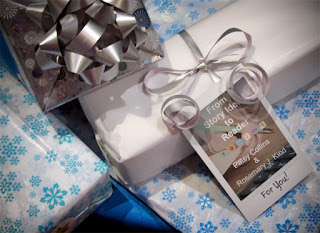 Talking of Christmas, if you're one of those people who're often stumped when asked what you'd like, can I suggest this rather excellent writing guide?
Posted by Patsy at 15:53

Quick question. Obviously neither of the Xmas stories I submitted to TAB in August are in this issue, although the reply to the letter I sent in November said one of them is under consideration. How long do they consider it for! Next december seems a long time away.

I've not heard of TAB accepting stories to use a year later, Bubbles so my guess is you've been unlucky this year – but it's curious that they've said so recently that it's still under consideration. Is it possible that the story could be used at any other time of year, or is it definitely a Christmas one?

It occurs at the midwinter solstice, so pretty specific. A lot in it about druids and sacrifice...in a nice way!

I like the sound of that, Bubble! It does sound specific to this time of year though so unless they've used it in a special and forgotten to tell you, it looks as though you'll have to try it elsewhere next year.