That's Life in Australia is a weekly magazine. It seems similar in style to the UK magazine of the same name, except that it carries fiction as well as the 'real life' and lifestyle articles, puzzles and recipes. There's also a quarterly fiction special, called Fast fiction. 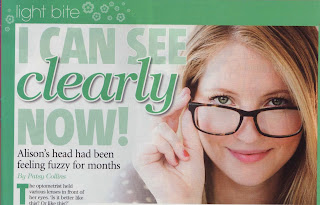 Anyone may submit previously unpublished fiction, via email. This will be automatically acknowledged (wouldn't it be lovely if all those magazines which aren't able to send individual acknowledgements were to do this?)

No rejections are sent. They say if you've not heard back in six months it's 'unlikely' your story has been selected for publication. Personally I'd wait a little longer before submitting elsewhere as I have had acceptances up to eight months after submission.

If a story isn't accepted you may resubmit it as 'A story that's unsuitable, in length or theme, for one issue, may be perfect for another'. I'd be interested to know if anyone has been successful with a resubmission to them. (This policy is unusual – generally if a story is rejected the editor won't want to see it again unless they've actually asked for a rewrite, or for you to submit it again at a later date.) 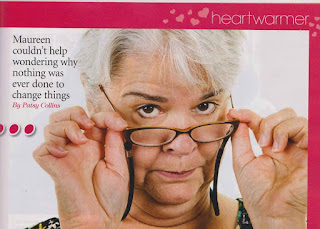 If a story is accepted, you'll be emailed, may be asked to confirm that it hasn't been published before, and if it's your first with them, asked to sign the contract and complete a form with payment details. You'll be told which issue it has been accepted for and the amount due 9in Australian dollars). You'll also be invited to submit an invoice. You can do that straight away, but payment won't be made until around publication date.

Unfortunately, unless you live in Australia or have a friend who does, it's very difficult to see your stories as the magazines aren't on sale elsewhere, even by subscription.

I have one in the next spring issue – which will of course be out this autumn!
Posted by Patsy at 16:21

I have had some success with resubs, but only when I've left it a very long time in between - 2 or 3 years! And that may have involved a change of editor for some of them.

I've had a couple of stories accepted by them - the first time round. I've not tried any rewrites.
I'm wondering what their current word count is, Patsy. In the quick link guidelines to the right of this blog they appear to want three lengths of story but looking at another blog post they seem to take longer ones - up to 2,600 words. Is that still right, do you know?
Thanks, Alyson

They want shorter ones now, I think. I'll check.

A change of editor might well make a difference – I'd probably try a few again under those circumstances.

I've had success with them and think it was nearly at the 3 month limit when I got an email with an acceptance. I thought it was 'wait 3 months' - but having an acceptance after 8 months! Gosh! Just shows you never now...! Thanks for the info, Patsy.

Most replies have been around the 3 month mark.

Let me know which issue your story is in, Patsy, & if it's one published when I'm there in September I'll get it for you.

It's the Spring Fast Fiction. I imagine it will be out by September, but I've no idea how easy it is to find.

The editor told me that edition would be out in August and we'd be paid nearer the time. They're lovely people to deal with.

Just checked my email and it says the same. Reckon I'd seen 'spring' realised it would be autumn here by then and just read 'August' as 'autumn'.

Thanks for the updates on this, Patsy, especially when there are so few taking submissions now!

I'll look out for it.

The market does seem to be shrinking, Rosemary. I don't think that's because readers no longer enjoy this type of short fiction though, just that filling pages with other things is more profitable.

Thanks as ever for all the information, Patsy.

Yes, it's unfortunate there's no way any more of getting hold of the fiction special unless you know someone in Australia but there's a website where you can get single digital copies of the weekly magazine - I found out I had one in last week's weekly magazine and downloaded the whole thing for about £1.80. Or you can subscribe for a year. You can also get YOU South Africa from there. It's magzter.com. By the way, this was one I submitted before we heard about the new word count and I think they cut it down to below 600 words - was nicely done, though.

Thanks. Gail – I didn't know about that. It's good to know there is a way to research and/or see our own stories.