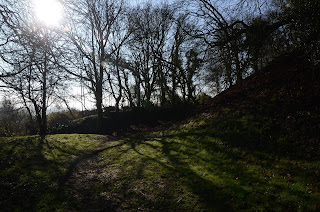 Do you have any womag news?
Are you researching, writing, subbing? Had any acceptances or rejections? Any other news?

Feel free to use the as a picture prompt. If you'd like other writing prompts, short exercises and story/scene suggestions then you might find this book useful.

I'd love to hear your competition news.

Have you entered any writing comps? Had any luck? Heard about interesting contests? Got any tips to pass on? (Although I only feature free to enter competitions in my posts it's fine to share news about other competitions too.)
Talking of competitions, the winner of one of Glenda Young's novels, as offered in this post is – Carrie Congratulations! Please contact me with the UK address you'd like it sent to.

Congratulations to Carrie on winning the competition! Before her guest blog, I didn't know that Glenda had written 'cosy crime' novels and now plan to take one on holiday with me. I am nervously awaiting feedback on the manuscript for my second mystery/suspense novel writing as E.D. Thompson, which I have just completed. I'm also thrilled to have stories in the current issue of The People's Friend and 'Special' - it is always so exciting to see my work in print and so brilliantly illustrated. Best wishes to Patsy and all who read this blog.

I'm over the moon - thanks so much to Patsy and Glenda :) Really looking forward to reading!
And thanks, Eirin; good luck with the feedback on your second mystery/suspense novel and all your other writing achievements. I agree, it's really exciting seeing your work in print - always gives me such a thrill :)

More disappointing news for me from People's Friend. I emailed two stories in and got prompt rejections. Also, their rejections used to come with personal feedback. Now they seem to be standard format referring to their submission guidelines, which obviously I have read!

Congratulations to Carrie! Yes, it is great to see your name in print and I do hope that feedback works out well, Eirin. Like New Girl, I think I must have had a record rejection from PF by email - er, less than 2 hours? Not to be squashed, I have sent a total 4 Christmas stories to the other two - Yours and Woman's Weekly - we'll see...,. Another weekly write included in Secret Attic :) my favourite goto virtual writing club ;) I am loving the picture for a prompt, Patsy... :)

I've had two rejections from The People's Friend as well. I've got some submissions out elsewhere, but haven't heard anything. I've also entered a couple of competitions, which were a little different from anything I would usually try.

I’ve had two stories with WW since June. I’m starting to allow myself to be a little optimistic, especially as one of them, a Christmas story, was rejected by PF after 24 hours. (Not quite as bad as your record, Marguerite. I gave it a tweak and sent it back out.) I also have three with Yours Fiction, (two from March, one from June.) I’ve also entered the ghost/ halloween story competition with Best magazine. I’m keeping my fingers crossed. Good luck to everyone with their submissions.

I've had one short story acceptance from TPF and also had a feature accepted by them.

Congrats to Carrie on her win, and good luck to Eirin with her second novel. I'm always astounded by Eirin's output - I don't know how she comes up with so many ideas for stories.

@ Eirin – I hope you get good feedback on the novel. Think we're issue buddies in the special?

@ Carrie – I'm pleased that you're pleased!

@ New Girl – It's a shame they no longer have time for personal feedback. Sadly I can't imagine they will in the future.

@ Marguerite – Two hours may seem unflatteringly fast, but I feel it's much preferable to months of waiting for the same reply, or as with some magazines, just never hearing back at all.

@ Marian – I think it's good to try 'different' Good luck with those subs and competitions.

@ Michael – You're right to try a rejected story elsewhere, if you feel it fits or can be tweaked to do so. What's not quite right for one markey may be perfect for another.

Delighted to see that my short story ‘The Wedding Cake’ is included in this week’s edition of Ireland’s Own. It makes up for another of my stories being rejected by TPF last week!

Re: the new TPF submission system - I honestly don't feel that a lot of this material is being accepted.
I assume my story will be rejected here, even before it's subbed - but it's worth a go.
I'm beginning to see it as an unofficial slush pile - well, at least as far as my stuff is concerned, anyway!
I've tons of stories at Yours and the Yours special. With no rejects being issued for either mag, after 3 months of no news I guess it's a no.

Congrats to all that have had some success of late. My story appeared in Irelands Own Summer special a couple of weeks ago, so please with that. I was highly commended in Writers Forum Flash comp and reached the longlisted in Henshaw press comp and shortlisted in Australians Furious Fiction flash comp. Still got a few in with TPF and no response to any I ve sent to Yours- can't seem to break through with these! Happy writing everyone!

I've had a piece accepted by good old Ireland's Own not sure when it will appear but its always nice to receive some good news.
I understand the feeling re TPF & rejections. I sent one about 4.30 p.m one afternoon in July & received a very standardised rejection in my mailbox before 9 a.m the following morning so it maybe that they just need to clear the backlog, it didn't feel like anyone read it & like others I was referred to the guidelines which I had of course studied very carefully before sending off. I sent it elsewhere the very next day so we'll see how that goes.

@ Alan – Congratulations! Yes, much easier to cope with rejections when there's some good news too.

@ Sharon – You're probably right that not a lot is being accepted. They must receive many times more submissions than they can use and will have to reject most of it. Yours can take over six months to reply, Yours fiction never do unless it's an acceptance – so confusing to have different systems, especially as stories sometimes get passed between the two.

@ Chris – Well done on the successes. Yours can take a very long time to reply.

@ Sheelagh – I think the mention of guidelines is there simply because it is a standard reply and they're making sure everyone is aware of them, rather than them feeling any particular piece is way off the mark.